August 18, 2020 – When Leo Budy enrolled in the chemical engineering program at the University of Kansas, a classmate told him that the KU Biodiesel Initiative sought new volunteers. The grassroots, student-run operation produces biodiesel from used cooking oil generated on campus. He eagerly checked into it and hasn’t looked back since.

“When I got the first tour of the lab, I knew I had stumbled across something that I could really get excited about,” Leo says. “I volunteered in the lab over the course of the summer, and I got absolutely addicted. The more time I spent in the lab helping to clean, organize, and maintain the biodiesel production process, the more captivated I became.”

The KU Biodiesel Initiative that Budy is a part of is supported by the Kansas Soybean Commission. The Commission has long recognized the importance of biodiesel as a market for utilizing their soybeans and have invested in biodiesel research and market development. Since 2007, they have been in partnership with the University of Kansas to develop students.

Budy is one of four new co-chairs selected to lead the national Next Generation Scientists for Biodiesel program. A program of the National Biodiesel Board and United Soybean Board for college-level science students, NGSB fosters professional relationships between budding and established scientists, shares accurate information and increases collaboration with academia and the biodiesel industry.

“As we strive for our goal of 6 billion gallons of biomass-based diesel by 2030, which would double our industry’s current production, science will play a vital role,” said Donnell Rehagen, NBB CEO.  “Our four new co-chairs bring diverse and promising research, as well as exciting outreach experience to NGSB.”

In a live Zoom event – “Science, Live: Meet Biodiesel Scientists Making an Impact” – on September 10, the NGSB will introduce its new leaders, who will share the real-world impact of their biodiesel-related initiatives. It will also feature other scientists on NBB’s thriving efforts in low-carbon California, and ways U.S. soy is innovating.

In addition to Budy, the three other new NGSB co-chairs are as follows:

The new co-chairs all received scholarships to attend the National Biodiesel Conference & Expo earlier this year. The NBB offers competitive travel scholarships to NGSB members. The application process for the 2021 conference will open in the fall.

Made from an increasingly diverse mix of resources such as soybean oil, recycled cooking oil and animal fats, biodiesel and renewable diesel are better, cleaner fuels that are available now for use in existing diesel engines without modification. NBB is the U.S. trade association representing the entire biodiesel and renewable diesel value chain, including producers, feedstock suppliers, and fuel distributors. NBB is funded in part by the United Soybean Board and state soybean board checkoff programs.

For more about the Kansas Soybean Commission, visit www.KansasSoybeans.org. 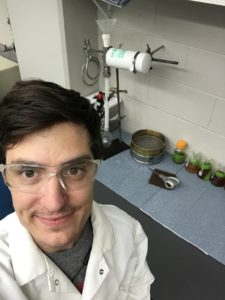